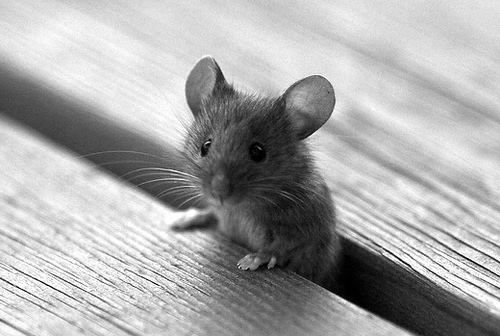 Looking back, I realise that it was with me from the beginning. Sharing my flat, my space, my oxygen, my food. I didn’t mind the intrusion. It kept its own council; we never met. We were similar in that way: insular.

I had taken myself to a flat in a redeveloped quayside area of the City. From there, I could suck in the fresh air, absorb as much Vitamin D as possible, listen to the ocean’s purr and the gulls’ cawing. In principle that was a fine plan. In reality, I isolated myself from the world, shut tight the soundproof windows and drew the blackout blinds.

Not one for pills or general social openness, I concluded that self-education and determination would snap me out of the depression into which I had sank. After a dozen help books, I consumed one that did not leave a bitter taste. A ‘depression diet’, it recommend to reduce mealtime complexity; eliminate choice.

I went for maximum simplicity, plumping for a single meal choice of Lamb Vindaloo, Garlic Naan, Onion Bhaji and popadoms. Every night. My local Bangladeshi takeaway began a loyalty scheme just for me. I no longer had to call them, the meals just turned up at my door. After three months nothing had changed in my demeanour, save the fact I now needed to leave the flat’s windows ajar.

It had a likening for the stale leftovers I would lazy-leave in the kitchen. Lying awake in bed, I could hear its hungry sounds, a soft scampering of feet and claws upon the wooden floor. On occasion it would come into my room, but when I looked, in only the green light of the alarm clock, I saw nothing.

Of necessity, after each noon, I would walk the quayside. Coat zipped high against the pounding rays of the summer sun. As I pushed through the thronging tourists, the feeling of loneliness strangled tightest. Stumbling to the local bar to hide in my dark corner, with pen and pad, I would waste the afternoon scribbling scenes or plot lines or character notes or snatches of dialogue. It was the only way I found I could write.

I took to leaving it jellied sweets. It was a fussy fuck. Declining the green, orange and black, but showing a liking for the red ones. That was fine by me. I never like the reds so between us we could finish the packet. Symbiotic, you could say.

I was slumped on the sofa in just a pair of shorts, holes in the crotch worn through with too much play-time.  In the background the television was turned down low, yet another monochrome Gangster flick. My laptop was warming my bare thighs, latest set of typed-up notes on display. I was trying to make sense of what I had drunk-written. Why did I have this shit-shambles in front of me? Another wasted day, was all that I was certain. I gulped down more neat vodka, poured from the freezer.

He seemed to like paper. I would often find my notes chewed. In the morning my papers would be strewn across the floor, the corners of a bunch of them would have teeth marks, or entire chunks removed. On one occasion it had left it’s droppings on a large number of sheets from that day. Not just dropped, but rubbed in by it’s little bum, dragged in thin brown lines across the page. I left him a green jellied sweet that night as punishment. That will teach the little fucker.

I grabbed the notes and strode to the kitchen, wherein I cleared the dirty plates to the side and made room in the sink. I dropped the papers and rummaged in the drawers for matches. The shit-smeared pieces first. I used these to set light to the larger bundle of nibbled pages, which curled as they were devoured by the flames, becoming brown and then black. Consumed by my burning failure.

The smoke detector went crazy. I allowed it to scream at me, to stop burning my work. I ignored it’s pleas and watched my words wither and die. When the final page was crisp, and the orange-yellow had dissipated, I threw open the windows and fanned at the smoke detector with a towel until the room refilled with silence. Then my laptop exited through the open window, and seconds later it entered the dark water of the quay.

That is when it appeared. It came from behind the television unit, scampering along the skirting board. It became aware of my presence and so it stopped, dead still. I looked at the little, grey mouse, replete with paunch and puffed cheeks.

Time slowed; a physical slowing. A cluster headache formed, poking me in my right eye which went hazy.  My breathing became shallow. Eyelids grew heavy and it was exhausting to blink.

The mouse flinched first. It turned its head in dramatic fashion towards me, taking a cinematic age. Our eyes locked. His black piercing nuggets of coal drilled into my being and within seconds he seemed to know ‘who’ and ‘what’ I was, better than I. And filled with that knowledge, his eyes looked sad. He frowned, and then he spoke …

“What are you fucking looking at?” it said.

It was weird. His (presumably) squeaky voice compressed in the slowed time, coming out deep and rich and resonant and commanding. With a New York City twang. Bronx, maybe.

My voice, already low and rough, spoke back in deep, bass tones that my ears took to hear, “Hurrrr murrrr gurrrr durr”.

“Humans”, replied the American mouse, “they can never speak at this time-speed. Don’t know why I fucking bother engaging some times. You try to help and all they can do is ‘hurr murr’ back at you.”

I glanced at my vodka and wished I had drunk a little less – or a fuck lot more. His deep sigh broken my thought and I looked at the tiny, if overweight creature once more.

“Hurrrr?”, I ask, sounding a not a little unlike like Scooby-Doo.

“Look at the fucking washing up. There’s bits of food up there from days ago. And look at my waistline. I used to be slim and toned. You’ve been force feeding me shit for weeks. That’s borderline animal cruelty. That said, those red things are like fucking cat-nip … I’m guessing. Don’t know. I’m a mouse. Can I smell burning?”

“Fat fucker? How rude. Sit down, dick head. So – you think you can write? Yeah? I reckon you’ve got a chance to be a writer, but not in this sad mental state. I’ve read your notes. Oh yeah, I’ve read them. Did you get my reviews?”

“Idiot. I’ve been reviewing your notes. Your stuff is a bit hit and miss, but some of it is workable. I nibbled the corners of the good stuff so you should keep those – the more nibbled, the better they were. Remember the day I defecated on a bunch. Pure gold dust, man. You should base the entire novel around those pages. If I didn’t mark them in any way, well, that stuff was terrible and should be burnt before anyone else gets to read them.”

“Yes. If I shit on them then that means they were good? Hmm, you are right. With hind-sight maybe I should have swapped around my method of feedback. Go get your notes.”

“Guru durr?” I asked, confused at the demand, but pleased at receiving positive critique from a mouse.

“Yes. Go get your notes. Let’s sort them out and get them into some kind of structured plot. The main character is a bit cliched, the old Journalst with a bitter backstory and drinking problem, but we can sort that out. You’ve drawn the young newcomer quite well, like his vulnerability. His girlfriend is sassy and gets the best lines Still need to work on the story a little. The plot is thin, but it’s a character piece so that’s not a massive issue. Perhaps introduce a McGuffin to get around that. You’re not bad at dialogue and that’s where … what? Why are you crying?”

“Yeah, yeah, I fucking understood you the first time. You are a fucking idiot. Let me think … OK. You typed them up. Right? They’re on your laptop? Yeah? Go get your laptop and I can review them again.”

“Are they in the cloud?”

“What have you done? You utter cunt.”

Time sped up and accelerated until the world seemed to be moving beyond the speed of light.

Television programs came and went; the arms on my watch span at a blur; mold formed on the food in the kitchen; the sun shone through the open window then fell behind the horizon and blackness consumed the room, and repeated again and again. My eyes closed and when I awoke the space on the skirting board was empty.

I never heard from the mouse after that. I would leave jellied sweets out, red of course, but they would always be there in the morning. Chastened by how I had disappointed a mouse, I cleaned myself up. My rent was coming to an end anyway, and the bank balance was getting low so it was time to move on and get back to the real world.

I live in London now. I have a job with a good income, regular exercise, am fuck-sexy, and suffer a low-carb-high-protein diet to achieve that fake-appearance.  Until recently I hadn’t written a single page of words, and poetry was never my bag – some would say nor is prose.I  guess I blew my chance to write ten years ago.

Then something weird happened.

It was four in the morning and I was awake, lying in my bed and staring at the ceiling. I could hear its hungry sounds, a soft scampering of feet and claws upon the wooden floor. On occasion it would come into my room, but when I looked, in only the green light of the alarm clock, I saw nothing.

I got up and wrote this piece – a tale full of fact and not a trace of fiction. The events and dialogue, an exact unfolding of that night.