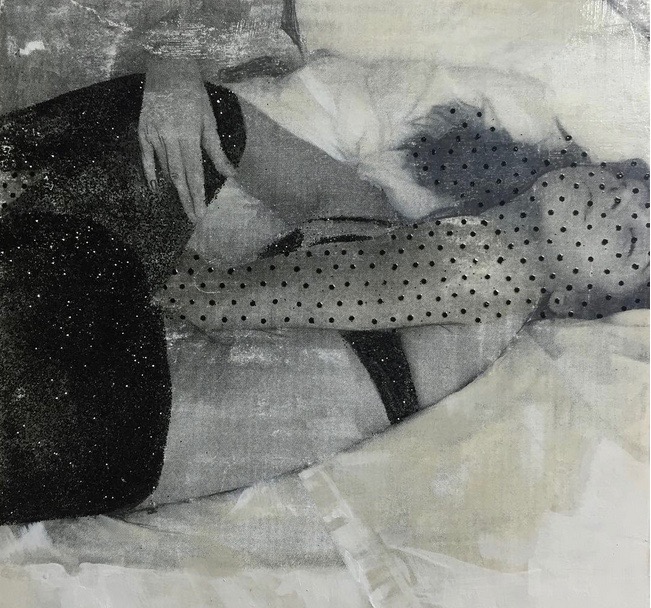 Inspired by Mark Renney’s poem, Any Orders Before Time, here’s a story about Bukowski I wrote a while back…

He let me hang around after the poetry reading when I promised to pick up his tab. We’re at an outdoor bar, sitting on unsteady stools or I’m drunk. I tried to match him whiskey for whiskey. Patpong Love Bar: and he’s reciting an old poem about prostitutes ‘that make you want to tear up paintings and break albums of Beethoven across the back of the john’.

‘Women of such significance, such beauty,’ he calls out to the emaciated whores on the steps of the bar next door, who are giggling, wondering whether they ought to try their luck, knowing I’ve already laid claim to him, this ugly man, but cash is cash. ‘Society should realise the value of the whore,’ he says ‘those who make it almost an art form…you feel liberated and human again for a mere $3.’ He raises his arm to make a point and knocks my whiskey off the table.

‘How much do they pay you, my beautiful pussies? How much would it cost me to feel like a man again,’ he asks the tallest of the three, the one whose eyes slant upward, eyeliner thick and precise. But she’s not a she, though that no longer matters. Not to Charles, not tonight.

He mumbles about the drudgery of everyday life, its pathos a familiar refrain in his poetry and stories. ‘The problem was you had to keep choosing,’ Charles says, ‘between one evil or another, and no matter what you chose, they sliced a little bit more off you.’ He leans in close, I think he will kiss me; I open my mouth slightly, and he says, ‘The truth is: the free soul is rare.’

As he drinks, the cracks between his monologues widen and I fear that one of us will slip through. And what if gravity disappears? Charles will hang on to the flame tree above us and spy my purple knickers under my black dress as I ascend, swallowed by space. He will move on to the women quick-witted enough to grab hold of something rooted to the earth.

Then he asks if I’d like to fuck and I’m embarrassed even when it’s ridiculous to play coy now. I drop the pretext of drinking and stare at him. I want to trace his face with my tongue.

3am, my phone says, and in three and a half hours, dark will give way. I tell Charles I want to leave now. I hate seeing these streets gutted by light. We walk over to a cab on the corner and shake the driver awake. An extra 100 baht and he’s keen to take us back to my flat.

In my room, Charles is suddenly tentative; while I shed my clothes, he escapes to the kitchen for a bottle of beer. We are both swaying and I wonder how we’ll get through this without hurting each other.

I sit on the bed naked, there’s no reason to feel awkward in the presence of a man who worships women. When he comes to stand in front of me, he caresses my cheek then gently pushes me down on the bed. We kiss and I smell booze and famine. He pinches my nipples hard with his fingers, cups my breasts, and sucks cries out of a mouth that has long been mute. A gentleman, he kneels on the rug, and covers my cunt with his mouth.

He enters me. I feel him lose control. I cross my legs around his back and grip his thighs, urging him deeper. His cock has gone crazy. I scream but the sound is muffled. It erupts from deep inside my belly. He comes then, shuddering violently on top of me. He raises his fist and I think he will smash my face, but at the last moment he brings it to his mouth to smother a moan or a cry. He has been away too long and still too close to death.

Later, he lights a cigarette and out the side of his mouth, ‘Did you fuck the poet or the man?’

‘Yes, it matters because if I fall in love with you, I want to know how it started. You might be one of the knives that stick me,’ he says as he rolls over to sleep on his side. ‘There’s an old one stuck into me in 1955, you can take its place.’

Lying next to him, I bite off the chipped end of a nail as a question carousels in my mind. In his last novel, Pulp, written as Charles was dying of leukemia, he wrote about a gigantic, glowing bird that had come to claim him. Death approached and he didn’t blink:

Then, as I watched, the Sparrow
slowly opened its beak.
A huge void appeared. And within the beak
was a vast yellow vortex,
more dynamic than the sun,
unbelievable.
– Pulp

I stare at the back of his head.

Bukowski turns over and looks at me with such understanding I have to suppress the urge to punch him in the face.

Bukowski quotes taken from his novels Ham on Rye, Women, and Pulp. Also from his poetry collections, The Pleasures of the Damned and Love is a Dog from Hell. 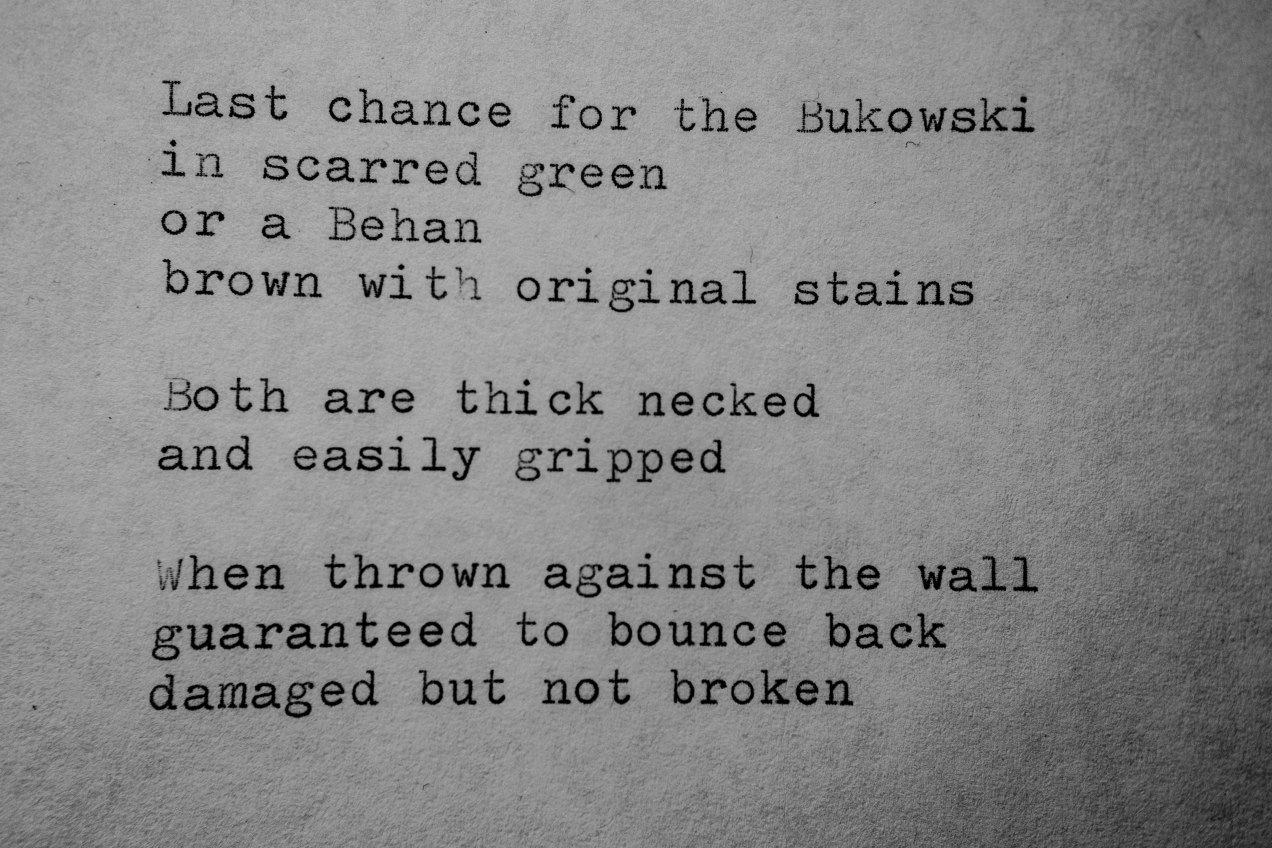