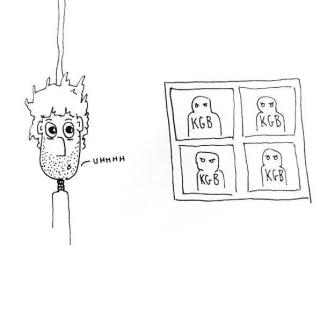 My mother grew up in the 70s. This means that all of her favorite spy movies had eerily similar bad guys with names like Boris, Ivan, Ivan, and Boris. When my mother visited me in Russia, she stepped out of the arrival gates and said,

Since American media had already moved on to Arabs by the time I crawled into the world, I never thought of Russia as an enemy. But today there were four Russians outside of my apartment building this morning. They rang up, and I thought,

“oh, they are here to murder me–I am going to be taken to some dark room and tortured until I admit anything, they want me to admit. it won’t take long, I am so squishy and pink! Then I will be hung in the Red Square and I don’t even know any Morse code, so I won’t be able to send any secret messages to anyone and I get stage fright so even if they let me speak, I’ll probably just sweat and mutter until my neck snaps–“

My girlfriend–woken from the ringing–stormed passed, spoke through the receiver, buzzed the men into the building. On her way back to bed she looked into the kitchen. I was still half-hidden behind the cabinets, peering out.

She sighed and went back to bed. 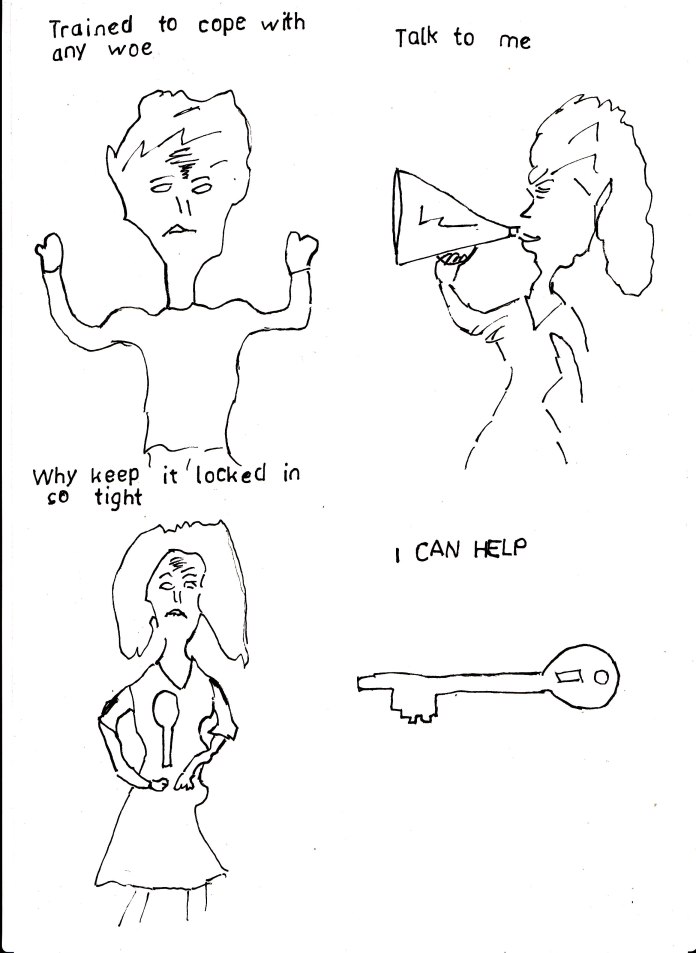 a lifetime ago, i created deadcat. a fierce thing, she chased away el perro negro. she’s gone now but occasionally she slips back in to disrupt inertia. she took a liking to Tony Single’s Ernest.